Did all of Hitler's lovers kill themselves?

Well, most of them tried. 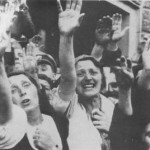 It is difficult for historians to ascertain details about Adolf Hitler's love life, as Hitler was very protective of his private life and almost no one who knew him felt they were his close confidants. Some historians claim Hitler had no capacity for love or human emotion and that he was a misogynist or even impotent. One housekeeper from his mountain house at Berghof claimed she knew he never had sex with his longtime mistress Eva Braun because she checked their sheets every morning and saw no evidence of lovemaking (yuck). Yet another housekeeper of Hitler's reported he was "perfectly normal in his relations with women". A US Intelligence report claimed he practiced bizarre sexual practices, including urinating on women. However, the fact that after he rose to power thousands, if not millions, of German women adored and worshiped him cannot be doubted. As for the women who got close to him, suicide was a shockingly common occurrence. At eighteen-years-old he adored a young woman named Stephanie, whom he would see on her mother's arm strolling about the high-end quarters of Linz, Austria where Hitler lived with his mother and sister. But to him, she was a goddess, unapproachable until he would become a world-renowned artist and build her a fantasy mansion of his own design. He never approached her. 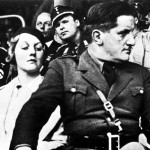 Erna Hanfstaengl may have been his next infatuation. Immediately following his 1923 botched coup d'état (the Beer Hall Putsch), Hitler was spirited away in a car and hidden from authorities at a country house owned by the well-connected Hanfstaengl Family. There, Erna Hanfstaengl cared for him. She repeatedly talked him out of taking his own life as he sat on the edge of a bed toying with a revolver. Whether they ever had a romantic involvement can be doubted. While her society friends would later tease her about her new "suitor", she was most probably out of his league. Both she and her brother later became disillusioned with Hitler and the Nazi Party. Her brother defected to the US, eventually to become an advisor to FDR on the Nazis, and Erna conspired with Himmler to kidnap Hitler and negotiate a peace with the British from Paris. Obviously nothing came of the plot.

Inga Ley was a dancer, actress and socialite and the wife of volatile alcoholic Robert Ley, the director of the Strength Though Joy Program. Inga was said to be infatuated with Hitler for a time. One evening, she escaped from her domineering husband and appeared at Hitler's door. Whether the two became lovers is unknown, but she eventually returned to her husband. Later in her life she survived a difficult childbirth, but seems to have been saddled with a consuming depression and took her own life with a pistol in 1942.

Mitzi Reiter caught Hitler's eye in the late 1920's. The thirty-seven-year-old Adolf became infatuated with Mitzi, a sixteen-year-old Munich shop girl. He proposed marriage but said his "duty and mission" consumed him and she would have to wait for him. After being ignored for months, the young girl attempted to hang herself only to have her brother-in-law discover her and cut the rope. She had another tryst with Hitler in 1931, about which she said, "I let everything happen. I had never been so happy as I was that night". He asked her to be his mistress and replace Eva Braun, but she insisted on marriage and the two parted. 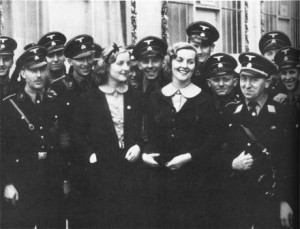 Unity Mitford, an English debutante and ardent supporter of the British fascist leader Sir Oswald Mosley and his Black Shirts, spent ten months stalking Adolf Hitler in Munich. Hitler, always of predictable habits, frequented the Osteria Bavaria Café. She sat in the restaurant for months before she was invited to his table. For a time Hitler used her as a pawn to create jealousy with his mistress Eva Braun. She did join Hitler's inner circle and for a number of months roomed with Erna Hanfstaengl (mentioned above). In 1939, when war with Britain was declared, Unity went to the Englisher Garden, Munich's huge urban park, and shot herself in the head with a pearl-handled pistol given to her by Hitler for her protection. She survived the suicide attempt and it was not until 1948 that she died in the UK from complications caused by the bullet still lodged in her skull. Footnote to History: Winston Churchill's wife was Unity Mitford's cousin and Unity's middle name was Valkyrie; Hitler thought she was sent to him through providence. 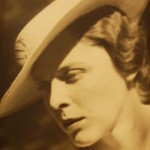 Martha Dodd was the daughter of William Dodd, the American Ambassador to Germany. She may have had the most bizarre life story of any of Hitler's possible lovers. While living in Berlin, she became infatuated with Hitler and the Nazi Party. One of her lovers, Ernst Hanfstaengl (the brother of Erna mentioned above), encouraged a romantic relationship between Dodd and Hitler, but it seems little came of it. She became disillusioned with the party after the carnage of the "Night of the Long Knives" and attempted suicide by slitting her wrists. Upon returning to Washington, Martha did a political about-face, joined the radical left, and using her access to her father and other government officials, became a spy for the Soviet Union. She died in Prague in 1990. 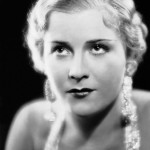 Renate Müller, a siren of German films, held Hitler's fascination for a time. He said she was the epitome of the blond-haired, blue-eyed Aryan. Friends said she didn't return the man's affections. Hitler pressured her to make propaganda films. Nazi Propaganda Minister Joseph Goebbels intensified the pressure and had her hounded by the Gestapo. After two agents arrived at her building she either threw herself from her window or was pushed. No one will ever know. 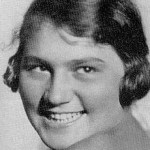 Angelika "Geli" Raubal, Hitler's niece, and daughter of his stepsister Angelika, moved in with "Uncle Alf" in 1929. The mother acted as his housekeeper at both his Munich apartment and soon at Berghof. Hitler fell madly in love with young Geli. He dominated her and only allowed her to go out with him or trusted associates such as his chauffeur, Emil Maurice. The chauffeur and the girl fell in love and planned to run away together. The chauffeur's brother, who was a fervent Nazi, told the Fuehrer of their plans. Emil was fired (later to be forgiven by Hitler) and Hitler's leash around Geli's neck drew tighter. In 1931, she begged her uncle to allow her to leave Munich and go to Vienna to study, and they had a terrible row. Hitler left Munich and she shot herself with Hitler's Walter PPK 7.65 pistol in his study. Critics of Hitler then and now insist it was murder. 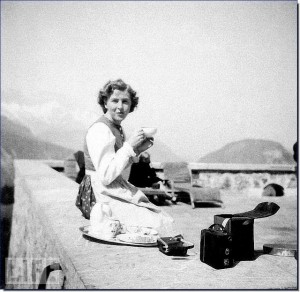 Eva Braun is how we all know her, and she was Hitler's most famous companion. However her name is a bit inaccurate because for 40 hours she was Mrs. Adolf Hitler. They met when she was 17, in Munich. Braun was a part-time model and secretary for Heinrich Hoffman, Hitler's photographer. She survived three attempts at suicide, some say intentionally botched to win Hitler's attention after the death of his niece Geli. The relationship lasted until the last days in the Berlin bunker where they were married. She bit into a pill of cyanide and he shot himself with the same PPK 7.65 that had killed his niece. 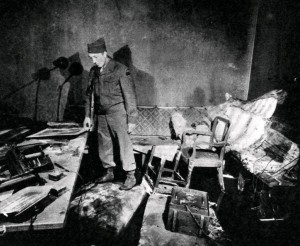