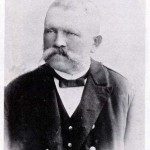 This is of course the most pervasive myth of all. This myth may have its origins in the fact that Hitler's father, Alois, was illegitimate and there are no records of who Adolph's grandfather might have been. Also, Hitler's grandmother was a maid for a short time for a Jewish family, though the timing of her employment and the birth date of Hitler's father are all wrong. The last bit of pseudo-history may have come from Hitler himself. Ashamed of his peasant roots, Hitler insisted no one look too closely into his family background. 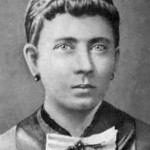 Footnote to history: Alois changed his name at 39 years old from Schicklgruber to Hitler. Many historians have postulated National Socialism might never have risen to power under Adolf Hitler if their rallying cry had been, "Heil Schicklgruber"