Explore the heart of Bavaria

Curt Milburn of Big Hat Tours takes you on a relaxing walking tour in an intimate setting to the most famous sites of Munich. No canned scripts. At the beginning of each tour, he asks what you want to see. Munich is a beautiful compact city and you'll be surprised at what you can visit.
Private Tours
Free Munich history book with every tour
All tours Less than ½PRICE

This is the lowest price for excellent private tours in Munich 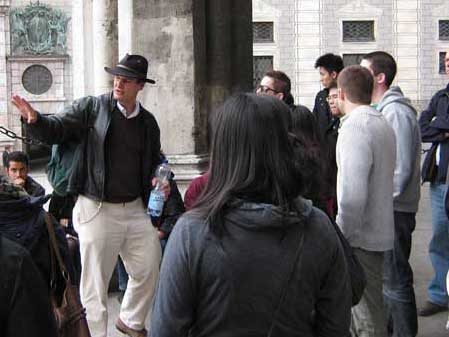 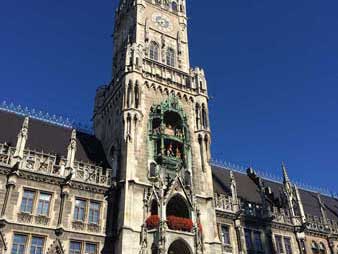 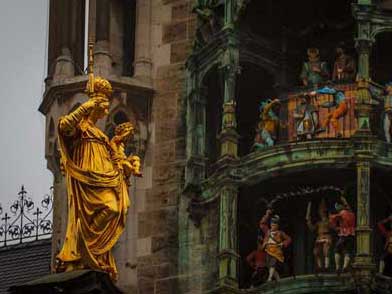 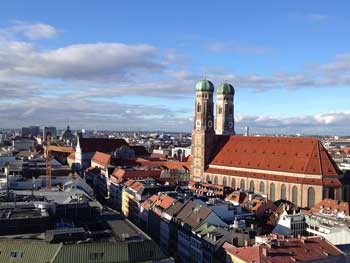 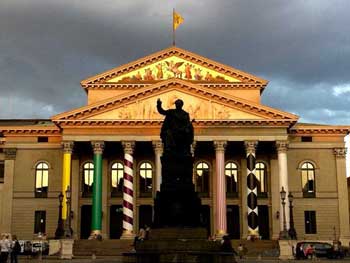 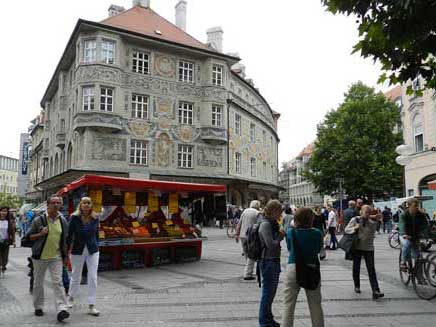 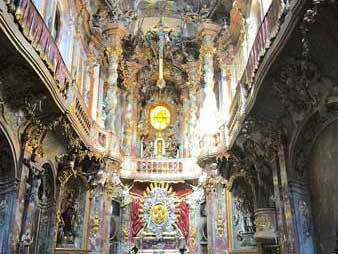 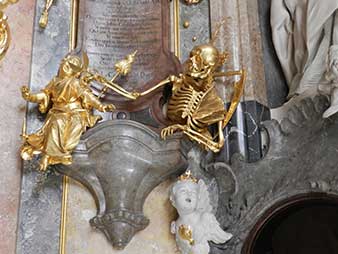 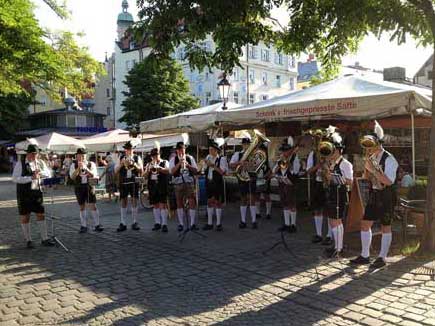 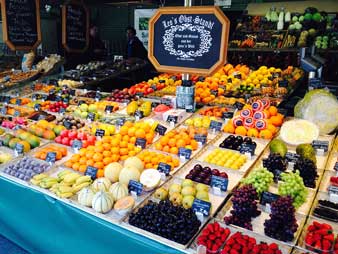 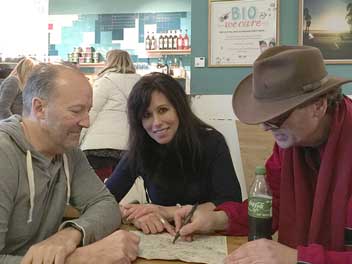 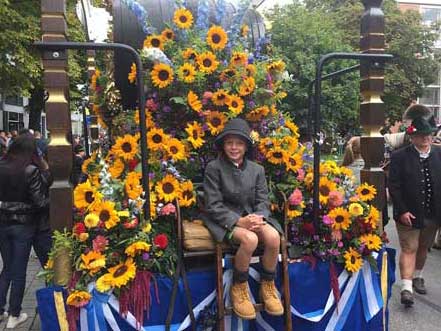 Curt's guests have given him over 800 five-star reviews on TripAdvisor, by far the most of any guide in Munich and his tours are passionate, often humorous and always exciting. You'll see historic films and pictures on the iPad and hear the stories behind some of these well-known places.

In the Center of Munich on Marienplatz, the New Town Hall (Neues Rathaus) is often confused as a magnificent 14th Century gothic church. But don't let its beauty deceive you, it houses the office of the Mayor and City Council. The building was constructed in three phases and not completed until 1905. Over the years countless statues and carvings have been added to the exteriors and even those living in Munich will happen on something they've never noticed before. On the northeast corner a cast iron dragon appears scaling up the building (sorry for the pun). Just above that, citizens can be seen aiding the city's soldiers protecting the city from the invading Austrian army in 1797.

Three stories tall with room for over 1,300, everyone from John F. Kennedy to Mozart have visited here and without a doubt it is most famous beer hall in the world. The staff tell us they pour over 20,000 liters of beer a day. While the other beer halls have bands during Oktoberfest, you're pretty well assured you'll hear tubas and accordions umphing out umpha. On the third floor is found the Festhalle, where Hitler gave the most pivotal talk of his career.

Built over 400 years, Munich's Royal Residenz is the largest urban palace in Germany with 130 rooms, two churches and three theaters. While a tour of the inside might take over 4 hours, Curt's tours highlight the architecture, deep history and bizarre legends associated with the building.

Great for foodies, kids and just about anyone who loves to eat, you may choose to enhance your tour with a mini food tour through Munich's year-round outdoor market. Curt knows all the spots to nibble on free samples of Bavarian specialties. The leabekuchen, the traditional gingerbreads, cookies, olives, jellies, stone ground breads, fruits, vegetables and Bärlauch, a green leaf which carpets the Alps and is chopped fine into a brilliant pesto. You've never really had pesto before unless you’ve tried Bärlauch pesto! (The market is closed Sundays and church holidays).

A crystal palace of the finest Italian delicacies, Eataly, the Italian Deli from the Gods restored this unique 1850’s building a rare example of the architecture of the Industrial Revolution. Foods from all over Italy are featured here with breads, pizzas and Pizza Tonda Romanas all made in their unique wood-burning stone oven.

Maximilianstraße (The Filth Avenue of Munich)

An entire 19th Century Neogothic boulevard built of rich sandstone. The street is framed on the far side of the Isar River by the Maximilianeum, both Bavaria’s Parliament (The Landstag) and a school for the instruction of between 6 to 9 lucky students who are paid to go to college for the rest of their lives. This is also a great place for peeking in store windows. Are you looking to buy a 230,000 Euro watch, an 8,000 Euro Vitton handbag or some shinny bling? Maximilianstraße is just the place. Armani, Gucci, Omega... they’re all here. Just to stroll and window shop is a kick.

The Asamkirche (The Church of St. Johann Nepomuk)

This church is an over-the-top Baroque wonder that is not to be missed. Only thirty-foot wide, it is filled floor to ceiling with gold leaf covered statues, a 3-D ceiling painted in the Trompe-l’œil style and the curtains made from stucco. Two of the most famous church builders of the 18th created this as their private family church and it is now open to the public. The brothers designed churches and rooms for palaces throughout Germany. If a town were considering hiring them when building their church, they would invite them to their church to show them all the things they knew how to build. You might think of it as, The Ikea Church.

Frauenkirche (The Church of our Lady)

This is Munich’s Cathedral and the two onion dome towers dominate the skyline. No building in the old city is allowed to be built higher. Its soaring ceiling, gothic windows and grand aisle gives it its late gothic power. It is not often one can see the builders of a medieval cathedral, but sculptures of the craftsmen themselves ardor to tops of the massive columns. The Frauenkirche was built in just twenty years from 1468 until 1488, which may sound unlikely when thinking they had little more than rope, pulley and scaffolding technology, however as legend goes, the Devil himself lent a hand (or in this case a foot). In the front entrance, one can see the imprint of the Devil’s footprint.

The synagogue was competed in 2006 and dedicated at the anniversary of Kristallnacht, The Night of Shattered Glass the November 9th, 1938, Nazi persecution of the Jews. The stone of the building symbolizes the Western Wall in Jerusalem, The Wailing Wall, the top of the building to give the sense of a tent to symbolize the escape from Egypt.

The Nazis in Munich

The deep and terrible history of Hitler can be a part of your tour with film clips and images on Curt’s i-Pad. Virtually ever building in Munich and every square was used by Adolf Hitter and the Nazis. At Marienplatz, in the Old Town Hall (Alte Rathaus) was where Kristallnacht began, the Hofbraushaus is where Hitler gave his most pivotal speech and in Odeonsplatz, a triumphant square is where The Beer Hall Putch ended in a gun battle and the army stood enmass giving their oath of duty to a madman.